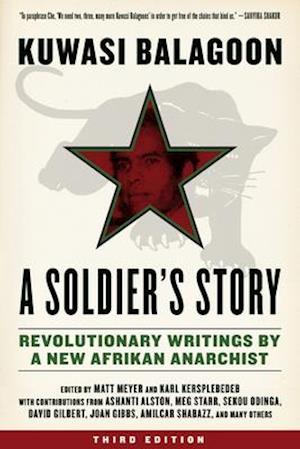 Kuwasi Balagoon was a participant in the Black Liberation struggle from the 1960s until his death in prison in 1986. A member of the Black Panther Party and defendant in the infamous Panther 21 case, Balagoon went underground with the Black Liberation Army (BLA). Balagoon was unusual for his time in that he combined anarchism with Black nationalism, broke the rules of sexual and political conformity, took up arms against the white supremacist State--all the while never shying away from critiquing the movements's weaknesses. The first part of this book consists of contributions by those who knew or were touched by Balagoon; the second consists of court statements and essays by Balagoon himself, including several documents which have never been published before. The third section consists of excerpts from letters Balagoon wrote while in prison. A final section includes a historical essay by Akinyele Umoja and an extensive intergenerational roundtable discussion of the significance of Balagoon's life and thoughts today.