A Hunger Artist and Other Stories 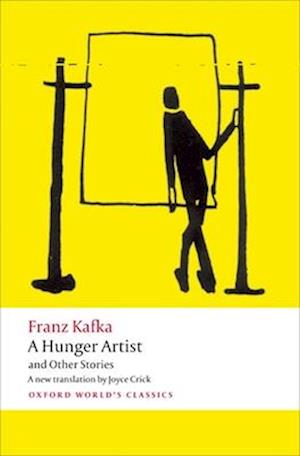 'In recent decades, interest in hunger artists has greatly diminished.'Kafka published two collections of short stories in his lifetime, A Country Doctor: Little Tales (1919) and A Hunger Artist: Four Stories (1924). Both collections are included in their entirety in this edition, which also contains other, uncollected stories and a selection of posthumously published works that have become part of the Kafka canon.Enigmatic, satirical, often bleakly humorous, these stories approach human experience at a tangent: a singing mouse, an ape, an inquisitive dog, and a paranoid burrowing creature are among the protagonists, as well as the professional starvation artist. A patient seems to be dying from a metaphysical wound; the war-horse of Alexander the Great steps aside from history and adopts a quiet profession as a lawyer. Fictional meditations on art and artists, and a series of aphorisms that come closeto expressing Kafka's philosophy of life, further explore themes that recur in his major novels. Newly translated, and with an invaluable introduction and notes, Kafka's short stories are haunting and unforgettable. ABOUT THE SERIES: For over 100 years Oxford World's Classics has made available the widest range of literature from around the globe. Each affordable volume reflects Oxford's commitment to scholarship, providing the most accurate text plus a wealth of other valuable features, including expert introductions by leading authorities, helpful notes to clarify the text, up-to-date bibliographies for further study, and much more.

Forfattere
Bibliotekernes beskrivelse This new translation includes Kafka's two published collections, A Country Doctor and A Hunger Artist with other, uncollected stories, aphorisms, and parables that have become part of the Kafka canon. Enigmatic, satirical, often bleakly humorous, the stories meditate on art and artists and the human experience. Includes an introduction and notes.