A History of the Universe in 100 Stars 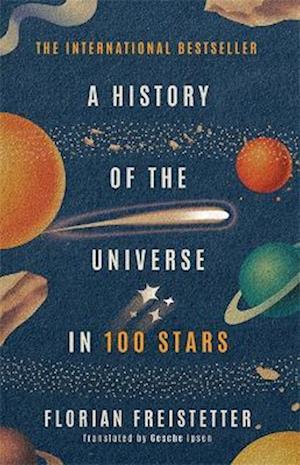 From the Big Bang to the Gaia Mission, this is a very personal history of the universe through the author's favourite 100 stars.Astronomer Florian Freistetter has chosen 100 stars that have almost nothing in common. Some are bright and famous, some shine so feebly you need a huge telescope. There are big stars, small stars, nearby stars and faraway stars. Some died a while ago, others have not even yet come into being. Collectively they tell the story of the whole world, according to Freistetter. There is Algol, for example, the Demon Star, whose strange behaviour has long caused people sleepless nights. And Gamma Draconis, from which we know that the earth rotates around its own axis. There is also the star sequence 61 Cygni, which revealed the size of the cosmos to us.Then there are certain stars used by astronomers to search for extra-terrestrial life, to explore interstellar space travel, or to explain why the dinosaurs became extinct.In 100 short, fascinating and entertaining chapters, Freistetter not only reveals the past and future of the cosmos, but also the story of the people who have tried to understand the world in which we live.