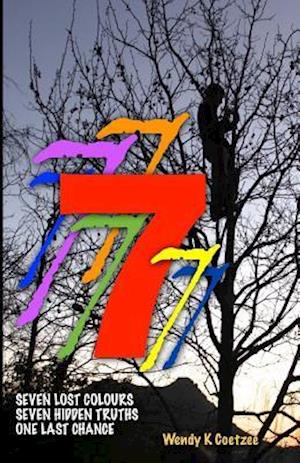 The world is a planet in turmoil with the elements gone wild and war and terrorism destroying what nature leaves standing. But we know that already. That's our world today. Kiano Goduka didn't see how any of this had anything to do with him. What could an ordinary 14 year old do about anything anyway? When a new teacher walks into his classroom with only one item on her teaching curriculum - to read them a book about a girl called Nia and the journey she undertakes - Kiano finds himself drawn into a journey of his own. Nia's world is populated with strange but fascinating inhabitants; there's Nassor the spunky if arrogant miniature dragon heir to the throne of Dillypot; Chiumbo, the thousand year old Pippin who safeguards the secrets of natural earth; the creatures of light who live in the world on the other side of the curtain that separates life from death; and the Marsh Molls, hulking half-human creatures that destroy everything in their path and who are controlled by evil forces more terrifying than the Molls themselves. At the same time Kiano is drawn into Nia's fictional world, he is faced with some harsh "real-life" events. His aunt and uncle had always been annoyingly vague about his parents. A class assignment and an old newspaper clipping dramatically reveal that his parents were environmental activists, and famous ones at that. Aided by his thoroughly sensible friend, Molly, and inspired by the story of Nia, Kiano sets out to find out more. He gets more than he bargained for when he stumbles upon murder, mystery and missing family members. On top of all this, Kiano is having trouble separating reality from fiction. He discovers that time and place and life and death, aren't quite as neatly organised as everyone had lead him to believe.