50 Years of the Chinese Community in Singapore

- 50 Years of the Chinese Community in Singapore 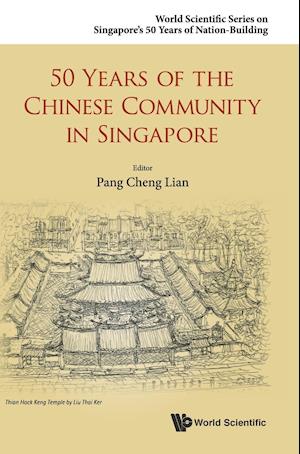 Singapore's success story is essentially a 'people' story. Singaporeans have good reason to celebrate the nation's golden jubilee with pride. In the short space of five decades the country has moved from Third World to First, and its real GDP has grown by 40 times! For this phenomenal progress, credit must go to its people, the Republic's primary resource.Against all odds and amidst dire predictions, Singaporeans proved that a united and resourceful community could build a nation from scratch. This book is dedicated to one segment of these Singaporeans - the Chinese community. In particular, this collection of essays focuses on the Chinese speaking members of the community whose many contributions are less familiar to those brought up on a strict diet of the English language.This celebratory book is divided into four broad categories. The first section examines the major Chinese organisations and their contributions in the past five decades. These include the Singapore Chinese Chamber of Commerce & Industry, the Singapore Federation of Chinese Clan Associations, the Chinese Development Assistance Council and the Chinese Heritage Centre. In addition, it looks at the history and work of some of the social clubs and charitable organisations in the Chinese community.The second section examines some community issues that have engaged the Chinese community in Singapore's first 50 years. Two senior journalists and two academics review the evolution of the Chinese language, the integration of new immigrants from China and the influence of Chinese religions. The five essays in the third section trace the development of Chinese visual and performing art in the Republic. The last section looks at the interactions between Singapore's Chinese community and China on the one hand, and with the regional Chinese communities on the other.The contributors of this salute to the Chinese community are/ have been directly involved or are passionate about the subjects of their essays.Chinese Organisations:Singapore Chinese Chamber of Commerce & Industry: Inextricably Linked to Singapore's Economic Miracle (Fiona HU Ai Lan)Singapore Federation of Chinese Clan Associations: Revitalising Clan Associations (PANG Cheng Lian)The Chinese Development Assistance Council: An Enriching Journey with a Self-Help Group (Gerald SINGHAM)The Chinese Heritage Centre: Putting Singapore on the Diaspora Map (LEE Tang Ling)Chinese Philanthropy: Past and Present (CHEW Kheng Chuan)Chinese Social Clubs (AU Yue Pak)Community Issues:The Evolution of the Chinese Language (LEONG Weng Kam)New Immigrants from China: Boosting Bilateral Relations (ZHOU Zhaocheng)Chinese Religious Traditions in Singapore: Buddhism, Taoism and Christianity (HUE Guan Thye and Kenneth DEAN)Chinese Visual & Performing Arts:Towards a Nanyang Culture (CHOO Thiam Siew)The Transformation of Chinese Visual Arts in Nanyang (Bridget Tracy TAN)Chinese Calligraphy is Alive and Well in Singapore (WONG Joon Tai)The Singapore Chinese Music Soundscape (Terence HO)In Step with Nanyang Dance (Edmond WONG)Interactions with Other Chinese Communities:Singapore-China People-to-People Exchanges: A Singapore Perspective (LYE Liang Fook and John WONG)Singapore as a Centre of Southeast Asian Chinese: Some Reflections (Leo SURYADINATA)

Forfattere
Bibliotekernes beskrivelse English is the dominant language in Singapore but in some segments of the Chinese population, especially among the more elderly, Chinese (Mandarin or dialects) continues to be a primary language.