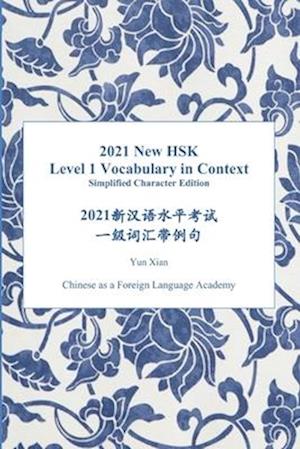 2021 New HSKLevel 1 Vocabulary in Context In May 2020, Chinese Testing International, the organization that administers the HSK, announced that the current HSK test and the Chinese Proficiency Standards on which it is based are both going to be reformed. The new HSK will consist of three broad stages: Beginner, Intermediate and Advanced. Each of these stages will then be divided into three levels, for a total of nine levels. Each level will have a set number of 300 new characters in each level, and a varying number of 500 to 1140 new words in each level based on all possible combinations of these characters. The word lists have been revised to exclude some outdated words (e.g. "fax"). Many learners try to memorize a list of individual words. The fact is that learning isolated word without context is just waste of time and effort. It will not work. Learners can learn many words, maybe 10 to 20 new words a day, but they don't know how to use them and you will forget them in the short period of time. In this book, the words are provided with context, Pinyin and English translation, so the learners can have an example sentence of HOW TO USE new word, learn Common phrase, learn different meanings of a certain word, and learn to guess the meaning of new words.