- Jung, Pauli, and the Pursuit of a Scientific Obsession 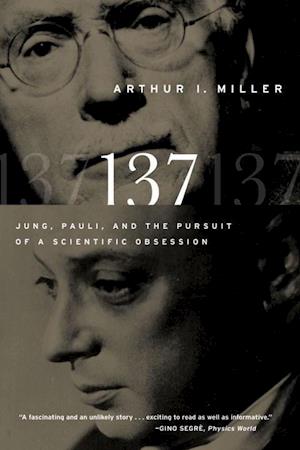 Is there a number at the root of the universe? A primal number that everything in the world hinges on? This question exercised many great minds of the twentieth century, among them the groundbreaking physicist Wolfgang Pauli and the famous psychoanalyst Carl Jung. Their obsession with the power of certain numbers-including 137, which describes the atom's fine-structure constant and has great Kabbalistic significance-led them to develop an unlikely friendship and to embark on a joint mystical quest reaching deep into medieval alchemy, dream interpretation, and the Chinese Book of Changes. 137 explores the profound intersection of modern science with the occult, but above all it is the tale of an extraordinary, fruitful friendship between two of the greatest thinkers of our times. Originally published in hardcover as Deciphering the Cosmic Number.

Forfattere
Bibliotekernes beskrivelse "The history is fascinating, as are the insights into the personalities of these great thinkers."-New Scientist 66 b/w illustrations