100 Things Flames Fans Should Know & Do Before They Die 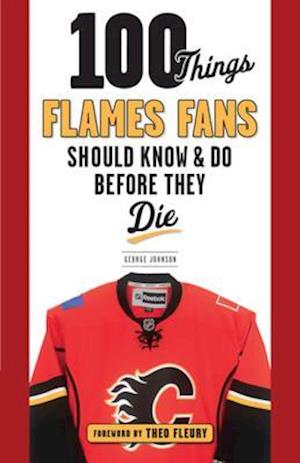 Most Calgary Flames fans have attended a game at the Scotiabank Saddledome, seen highlights of a young Theo Fleury, and remember where they were when the team won the Stanley Cup in 1989. But only real fans know what the team traded to acquire Miikka Kiprusoff, the best place to grab a bite before the puck drops, or who served as the radio voice of the Flames before Peter Maher. 100 Things Flames Fans Should Know & Do Before They Die is the ultimate resource guide for true fans of Calgary hockey. Whether you're a die-hard fan from the days of Al MacInnis or a new supporter of Johnny Gaudreau, this book contains everything Flames fans should know, see, and do in their lifetime.