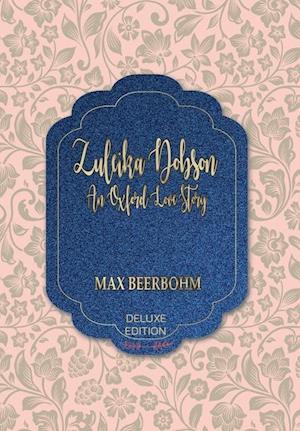 Zuleika Dobson, full title Zuleika Dobson, or, an Oxford love story, is the only novel by Max Beerbohm, a satire of undergraduate life at Oxford published in 1911. It includes the famous line "Death cancels all engagements" and presents a corrosive view of Edwardian Oxford.

In 1998, the Modern Library ranked Zuleika Dobson 59th on its list of the 100 best English-language novels of the 20th century.

The book largely employs a third-person narrator limited to the character of Zuleika (pronounced "Zu-lee-ka"), then shifting to that of the Duke, then halfway through the novel suddenly becoming a first-person narrator who claims inspiration from the Greek Muse Clio, with his all-seeing narrative perspective provided by Zeus. This allows the narrator to also see the ghosts of notable historical visitors to Oxford, who are present but otherwise invisible to the human characters at certain times in the novel, adding an element of the supernatural.

Dr Robert Mighall in his Afterword to the New Centenary Edition of Zuleika (Collector's Library, 2011), writes: "Zuleika is of the future ... [Beerbohm] anticipates an all-too-familiar feature of the contemporary scene: the D-list talent afforded A-list media attention."

Beerbohm began writing the book in 1898, finishing in 1910, with Heinemann publishing it 26 October 1911. He saw it not as a novel, but rather as "the work of a leisurely essayist amusing himself with a narrative idea." Sydney Castle Roberts wrote a parody, Zuleika in Cambridge (1941).

This book and other World's Classics Deluxe Edition are frequently included among the great literature of the 20th century, including the Modern Library 100 Best Novels, The Observer's, BBC's and The Telegraph's  "100 Greatest Novels of All Time", and The Guardian's "1000 novels everyone must read".

Visit our web page at iboo.com/novels  to see all the Greatest Novels.