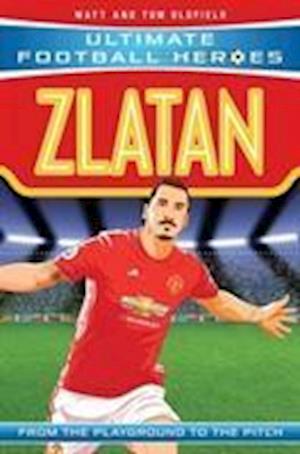 The No.1 football series - over 1 million copies sold! 'With the TV cameras watching, Zlatan roared like a lion. It was his tenth league title in only twelve years but he never got tired of winning.' Zlatan follows the Swedish superstar on his amazing journey from the tough streets of Malmoe to becoming the deadly striker at Manchester United. Along the way he has been a star for Juventus, Inter Milan, Barcelona, and Paris Saint-Germain, as well as becoming Sweden's all-time leading scorer. This is the story of one of a generation's finest footballers.Ultimate Football Heroes is a series of biographies telling the life-stories of the biggest and best footballers in the world and their incredible journeys from childhood fan to super-star professional player. Written in fast-paced, action-packed style these books are perfect for all the family to collect and share.