- The Short Life of Israel Zarchi 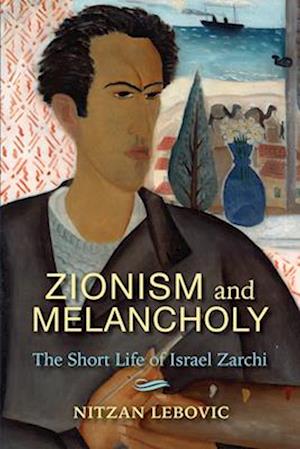 'Lebovic reveals a great deal about the work of Zarchi and the melancholic mindset of an entire generation of contemporary Israelis . . . Highly recommended.' -ChoiceNitzan Lebovic claims that political melancholy is the defining trait of a generation of Israelis born between the 1960s and 1990s. This cohort came of age during wars, occupation and intifada, cultural conflict, and the failure of the Oslo Accords. The atmosphere of militarism and conservative state politics left little room for democratic opposition or dissent.Lebovic and others depict the failure to respond not only as a result of institutional pressure but as the effect of a long-lasting 'left-wing melancholy.' In order to understand its grip on Israeli society, Lebovic turns to the novels and short stories of Israel Zarchi. For him, Zarchi aptly describes the gap between the utopian hope present in Zionism since its early days and the melancholic reality of the present. Through personal engagement with Zarchi, Lebovic develops a philosophy of melancholy and shows how it pervades Israeli society.