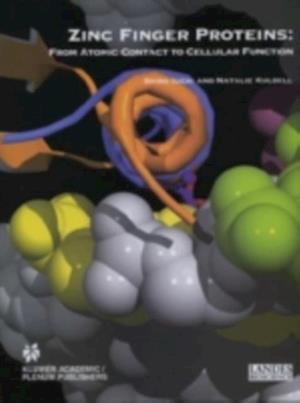 In the early 1980s, a few scientists started working on a Xenopus transcription factor, TFIIIA. They soon discovered a novel domain associated with zinc, and named this domain 'zinc finger. ' Th e number of proteins with similar zinc fingers grew quickly and these proteins are now called C2H2, Cys2His2 or classical zinc finger proteins. To date, about 24,000 C2H2 zinc finger proteins have been recognized. Approximately 700 human genes, or more than 2% of the genome, have been estimated to encode C2H2 finger proteins. From the beginning these proteins were thought to be numerous, but no one could have predicted such a huge number. Perhaps thousands of scientists are now working on C2H2 zinc finger proteins fi-om variou s viewpoints. This field is a good example of how a new science begins with the insight of a few scientists and how it develops by efforts of numerous independent scientists, in contrast to a policy-driven scientific project, such as the Human Genome Project, with goals clearly set at its inception and with work performed by a huge collaboration throughout the world. As more zinc finger proteins were discovered, several subfamilies, such as C2C2, CCHC, CCCH, LIM, RING, TAZ, and FYVE emerged, increasing our understanding of zinc fingers. The knowledge was overwhelming. Moreover, scientists began defining the term 'zinc finger' differently and using various names for identical zinc fingers. These complications may explain why no single comprehensive resource of zinc finger proteins was available before this publication.