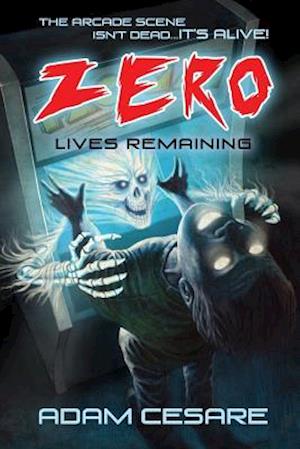 It's gamers versus ghosts in this pulse-pounding novella Robby Asaro is dead. And alive. He's a ghost in the machine, keeping a watchful eye on the arcade where he lost his life two decades before. And the afterlife is good. The best thing ever to have happened to him. But when the conscious electric current formerly known as Robby Asaro makes a decision to protect one of his favorite patrons, Tiffany Park, from a bully, he sets loose a series of violent supernatural events that can't be stopped. Trapped inside the arcade as the kill count rises, Tiffany and a group of gamers must band together to escape from what used to be their favorite place on Earth...and the ghost of Robby Asaro. From the author of Tribesmen, Video Night, and The Summer Job, Zero Lives Remaining is a masterful mix of horror and suspense, dread and wonder, a timeless ghost story that solidifies Adam Cesare's reputation as one of the best up-and-coming storytellers around. This is Adam Cesare firing on all cylinders--and he's just getting started. New for 2017: Bonus Short Story Included "Cesare is a true master of fast-paced, fun, balls-out, over-the-top fear fiction, and those narrative talents are on full display in this video-arcade-set gore-o-rama ghost novel..."-FANGORIA "The victims in Zero Lives Remaining are different--far from being the typical lost, wide-eyed fodder, these outcasts and obsessives quickly catch on to the truth of their awful situation and come to battle armed in their own strange ways...enough to leave every joystick of the arcade drenched in blood." -RUE MORGUE "While Video Night is an exceptional novel, the wistfulness in Cesare's latest, Zero Lives Remaining, is twice as thick, the monsters a tad more gooey and intelligent, and the pacing even more insane. The result is a narrative that oozes a bizarre kind of melancholy while celebrating the classic video games and music of a different era while crushing bodies with more speed, creativity, and ease than most current best-selling horror authors put together." -HORRORTALK "Cesare is on the top of his game and delivers possibly his best story yet by unleashing a fountain of energy to keep you turning pages and enough horror to make you think twice about touching another arcade game." -SPLATTERPUNK MAGAZINE "I've yet to read an Adam Cesare novel that didn't A) immediately reach up from the page, grab me by the Dennis Rodman lapels, and pull me face first into the story, or B) get me to fall head over heels for this world before I'm even a quarter of the way through the book." -STEPHEN GRAHAM JONES, Mongrels and The Last Final Girl