- A book about cults 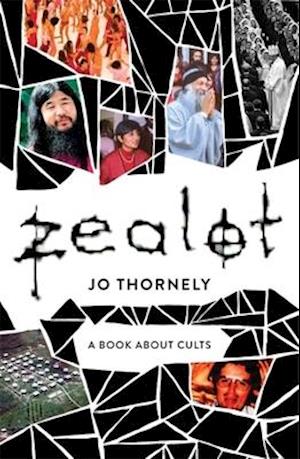 'a smart, daring and refreshing book' - Weekend Australian 'deliciously sinister' - Herald SunWhy would anyone join a cult? Maybe they're unhappy with their current religion, or they want to change the world, or they're disappointed with their lives and want to find something bigger or holier that makes sense of this confusing, chaotic and dangerous world. Or maybe they just want to give themselves the best possible chance of having sex with aliens.Whatever the reason, once people are in, it's usually very difficult for them to leave. Cults have ways of making their followers do loopy, dangerous stuff to prove their loyalty, and in return they get a chance to feel secure within the cult's embrace, with an added bonus of being utterly terrified of the outside world. From the tragic JONESTOWN Kool-Aid drinkers to the Australian cult THE FAMILY to the fiery Waco climax of THE BRANCH DAVIDIANS, this book is a wide-sweeping look at cults around the world, from the host of the popular podcast ZEALOT.'a piss-taker of rare boldness' - Weekend Australian

Forfattere
Bibliotekernes beskrivelse Based on the popular Australian podcast ZEALOT, this is a comprehensive look at cults around the world and why people are drawn to them.