- Dangers and Safeguards for Girls and Boys 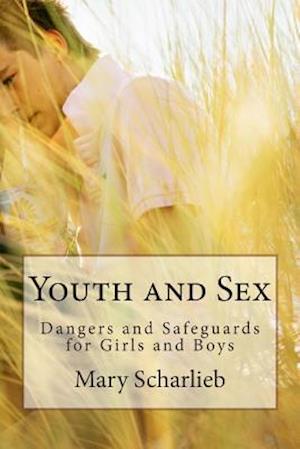 Probably the most important years in anyone's life are those eight or ten preceding the twenty-first birthday. During these years Heredity, one of the two great developmental factors, bears its crop, and the seeds sown before birth and during childhood come to maturity. During these years also the other great developmental force known as Environment has full play, the still plastic nature is moulded by circumstances, and the influence of these two forces is seen in the manner of individual that results. This time is generally alluded to under two heads: (1) Puberty, (2) Adolescence. By Puberty we understand the period when the reproductive organs are developed, the boy or girl ceasing to be the neutral child and acquiring the distinctive characteristics of man or woman. The actual season of puberty varies in different individuals from the eleventh to the sixteenth year, and although the changes during this time are not sudden, they are comparatively rapid. By Adolescence we understand the time during which the individual is approximating to the adult type, puberty having been already accomplished. Adolescence corresponds to the latter half of the developmental period, and may be prolonged even up to twenty-five years.