Youth and Rock in the Soviet Bloc

- Youth Cultures, Music, and the State in Russia and Eastern Europe 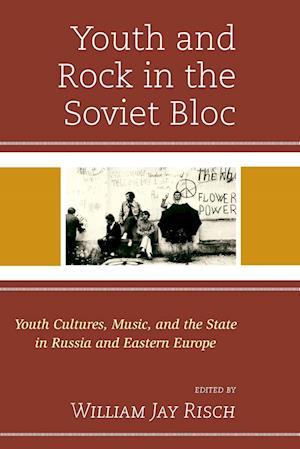 Youth and Rock in the Soviet Bloc explores the rise of youth as consumers of popular culture and the globalization of popular music in Russia and Eastern Europe. This collection of essays challenges assumptions that Communist leaders and Western-influenced youth cultures were inimically hostile to one another. While initially banning Western cultural trends like jazz and rock-and-roll, Communist leaders accommodated elements of rock and pop music to develop their own socialist popular music. They promoted organized forms of leisure to turn young people away from excesses of style perceived to be Western. Popular song and officially sponsored rock and pop bands formed a socialist beat that young people listened and danced to. Young people attracted to the music and subcultures of the capitalist West still shared the values and behaviors of their peers in Communist youth organizations. Despite problems providing youth with consumer goods, leaders of Soviet bloc states fostered a socialist alternative to the modernity the capitalist West promised. Underground rock musicians thus shared assumptions about culture that Communist leaders had instilled. Still, competing with influences from the capitalist West had its limits. State-sponsored rock festivals and rock bands encouraged a spirit of rebellion among young people. Official perceptions of what constituted culture limited options for accommodating rock and pop music and Western youth cultures. Youth countercultures that originated in the capitalist West, like hippies and punks, challenged the legitimacy of Communist youth organizations and their sponsors. Government media and police organs wound up creating oppositional identities among youth gangs. Failing to provide enough Western cultural goods to provincial cities helped fuel resentment over the Soviet Union's capital, Moscow, and encourage support for breakaway nationalist movements that led to the Soviet Union's collapse in 1991. Despite the Cold War, in both the Soviet bloc and in the capitalist West, political elites responded to perceived threats posed by youth cultures and music in similar manners. Young people participated in a global youth culture while expressing their own local views of the world.

Forfattere
Bibliotekernes beskrivelse Youth and Rock in the Soviet Bloc explores the impact of Western popular culture on young people in Russia and Eastern Europe during the Cold War.