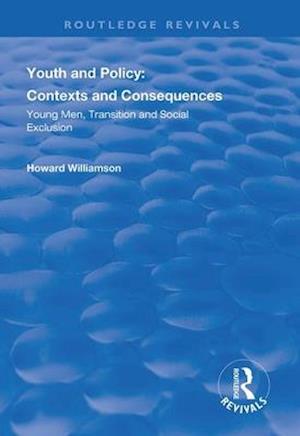 First published in 1997, this volume is concerned primarily, though not exclusively, with one particular vulnerable group: unqualified young men on the margins. These young men, whose cultures of machismo, manualism and anti-mentalism previously served to prepare them for the manual labour market, are increasingly the careerless, the jobless and the folk-devils of the modern, post-industrial society. In research, they have received considerable attention, though more for their capacity to be spectacular, deviant and bizarre than through the deep anxieties and despondency about the future experienced by many. Howard Williamson contends that the development of effective youth policy depends essentially upon a synthesis of political priorities, professional agendas and young people's perspectives and responses. While not quite an 'underclass', many suffer from a 'tangle of pathologies' which obstructs the possibility of them finding a way back into mainstream economic, housing and relationship transitions.