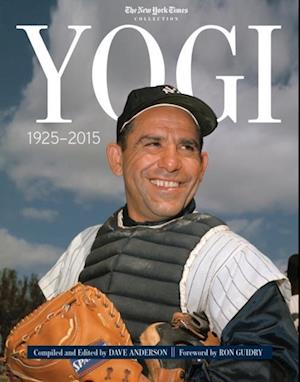 Hall of Fame catcher Yogi Berra will forever be remembered as much for his jovial nature and humorous malapropisms as for his three Most Valuable Player awards and numerous World Series rings. The Yankees' beloved No. 8 passed away September 22, 2015 at the age of 90. A mainstay on the great Yankees teams of the 1940s, '50s, and '60s, Berra was an 18-time All-Star and the American League MVP in 1951, 1954, and 1955. After retiring as a player, Berra managed both the Mets and Yankees and led the 1973 Mets to the National League pennant. Compiled and edited by legendary New York sportswriter Dave Anderson and including a foreword by Ron Guidry, one of Berra's closest friends, this unique collection celebrates the life of an American original. Whether re-living Berra's clutch home runs or telling the story behind 'It ain't over 'til it's over,' this book is an extraordinary tribute to a beloved man.