- The History of a Community, Culture and Religion 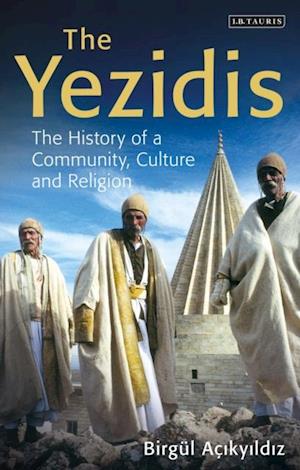 Yezidism is a fascinating part of the rich cultural mosaic of the Middle East. The Yezidi faith emerged for the first time in the twelfth century in the Kurdish mountains of northern Iraq. The religion, which has become notorious for its associations with 'devil worship', is in fact an intricate syncretic system of belief, incorporating elements from proto-Indo-European religions, early Iranian faiths like Zoroastrianism and Manichaeism, Sufism and regional paganism like Mithraism. Birg l A ikyildiz here offers a comprehensive appraisal of Yezidi religion, society and culture.Written without presupposing any prior knowledge about Yezidism, and in an accessible and readable style, her book examines Yezidis not only from a religious point of view but as a historical and social phenomenon. She throws light on the origins of Yezidism, and charts its development and changing fortunes - from its beginnings to the present- as part of the general history of the Kurds. Her book is the first to place Yezidism in its complete geographical setting in Northern Iraq, Turkey, Syria and Transcaucasia. The author describes the Yezidi belief system (which considers Taw s Melek - the 'Peacock Angel' - to be ruler of the earth) and its religious practices and observances, analysing the most important facets of Yezidi religious art and architecture (including funerary monuments and zoomorphic tombstones) and their relationship to their neighbours throughout the Middle East. A ikyildiz also explores the often misunderstood connections between Yezidism and the Satan/Sheitan of Christian and Muslim tradition.Richly illustrated, with accompanying maps, photographs and illustrations, this pioneering book will have strong appeal to all those with an interest in the culture of the Kurds, as well as the wider region.