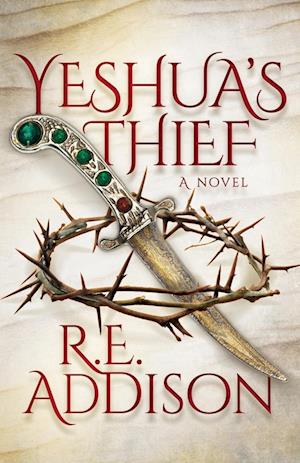 Set in 28 A.D., Yeshua's Thief is the story of the family of a thief on the cross who was forgiven. It is a story of sacrifice, redemption, and romance. Ezekiel struggles with the stigma of being the son of a thief. His father, Dismas-leader of the Zealots, is not around much. One day Dismas returns home and Ezekiel is excited to see him. Dismas reveals that he has an important task: keep the dagger safe until he returns. The dagger encrusted with jewels and garnished with gold is the most valuable thing Ezekiel has ever seen. He quickly hides the dagger and his father leaves and does not return for eight years.Presuming him dead, Ezekiel sells the dagger at the market for enough money to build three fishing boats. He is encouraged to seek out Yeshua a local carpenter. Yeshua refuses to build the boats telling Ezekiel that he must return the money and get the dagger back or someone in his family will die. Ezekiel does not listen. A few years later his father returns in chains and needs the dagger to buy his freedom from the Romans. If Dismas does not return the dagger, then he could be sentenced to the cross.