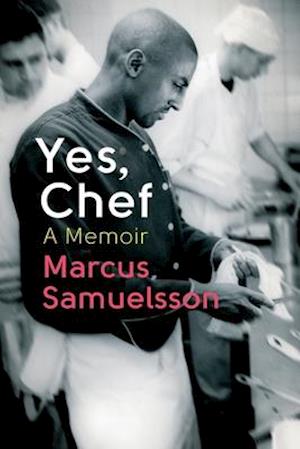 Travel to Marcus Samuelsson's Red Rooster restaurant in Harlem and you will find a truly diverse, multiracial dining room - where presidents and prime ministers rub elbows with jazz musicians, aspiring artists, bus drivers and nurses. It is also a place where an orphan from Ethiopia, raised in Sweden, living in America, can finally feel at home.Samuelsson was only three years old when he, his mother, and his sister, all battling tuberculosis, walked seventy-five miles to a hospital in the Ethiopian capital city of Addis Adaba. Tragically, his mother succumbed to the disease shortly after she arrived, but Marcus and his sister recovered, and one year later they were welcomed into a new family in Goeteborg, Sweden. It was there that his new grandmother, Helga, sparked in him a lifelong passion for food - from a very early age, there was little question what Marcus was going to be when he grew up. He made his way to the US via some of the most demanding and cutthroat restaurants in Switzerland and France, taking in some gruelling stints on cruise ships before becoming executive chef at Aquavit in New York, where at the age of 24 he became the youngest chef ever to be awarded a coveted three-star rating from the New York Times. His profile has only continued to grow from there - he's cooked state dinners for Barack Obama, runs seven restaurants including the phenomenally popular Red Rooster in Harlem, and has appeared on numerous television shows including Top Chef Masters, which he won, beating 21 world-class chefs in the process. His profile is set to rise internationally as his reputation grows, and as his incredible story is told.