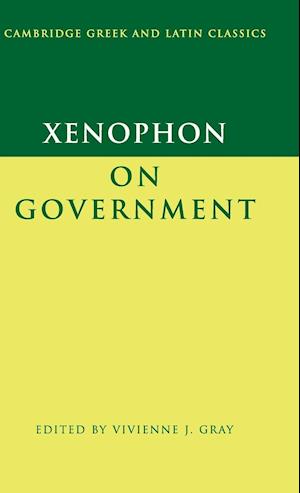 Xenophon of Athens was a pupil of Socrates and a philosopher in his own right. He wrote two of the texts included in this volume, the Hiero (On Tyranny) and the Constitution of the Spartans. The third, the Constitution of the Athenians, is found under Xenophon's name alongside the other two in the manuscripts. The works represent three distinct types of government (the rule of one man in tyranny and kingship, the rule of law in the mixed constitution of the Spartans, and the rule of the masses in the Athenian democracy), but there are common features throughout. This volume presents an introduction discussing Xenophon's views on government in the context of his general political thought, drawing particularly on his Socratic work Memorabilia, and a commentary on the Greek text of each work aimed primarily at advanced undergraduates and graduate students.