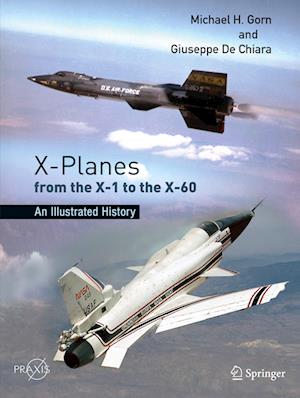 Foreword by Dr. Roger D. Launius, Former NASA Chief Historian For the past 75 years, the U.S. government has invested significant time and money into advanced aerospace research, as evidenced by its many experimental X-plane aircraft and rockets. NASA's X-Planes asks a simple question: What have we gained from it all? To answer this question, the authors provide a comprehensive overview of the X-plane's long history, from the 1946 X-1 to the modern X-60. The chapters describe not just the technological evolution of these models, but also the wider story of politics, federal budgets, and inter-agency rivalries surrounding them. The book is organized into two sections, with the first covering the operational X-planes that symbolized the Cold War struggle between the U.S. and the U.S.S.R, and the second section surveying post-Cold War aircraft and spacecraft.Featuring dozens of original illustrations of X-plane cross-sections, in-flight profiles, close-ups, and more, this book will educate general readers and specialists alike.