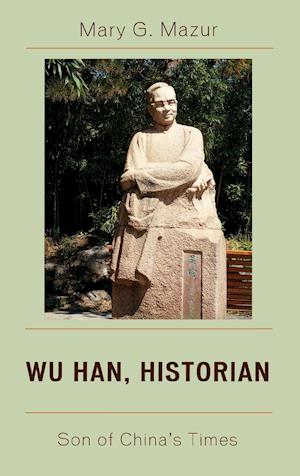 This biography spotlights the life of a key Chinese intellectual, Wu Han, well known in China as a major twentieth-century historian and democratic political figure. World attention was drawn to Wu in the mid-1960s as the first of Mao Zedong's targets in the Cultural Revolution. The biography locates Wu in the rapid changes in the social and political environment of his times, from the early years of the twentieth century until his death in prison in 1969. With Wu Han's life as the focus, the narrative deals with the momentous changes in Chinese society and government during the last century. Mazur bases the biographical account on extensive interviewing in China, and penetrates a great deal deeper than the conventional conception of the shift from Nationalist to Communist regimes in the PRC. The complex life of Wu Han is of interest to specialist and non-specialist readers alike, both because of the broad relevance of the historical and political issues he and those around him confronted in the context of the times in China and because of the direct narrative biographical style revealing the conflicts and depth in the human situation. Mazur relates Wu Han's life to the momentous changes and conflicts surging through Chinese society, with special emphasis on the complex role intellectuals have played during the course of change.