- The Trace of the Urban Text from Blake to Dickens 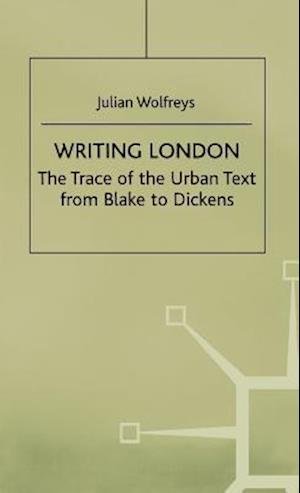 Writing London asks the reader to consider how writers sought to respond to the nature of London. Drawing on literary and architectural theory and psychoanalysis, Julian Wolfreys looks at a variety of nineteenth-century writings to consider various literary modes of productions as responses to the city. Beginning with an introductory survey of the variety of literary representations and responses to the city, Writing London follows the shaping of the urban consciousness from Blake to Dickens, through Shelley, Barbauld, Byron, De Quincey, Engels and Wordsworth. It concludes with an Afterword which, in developing insights into the relationship between writing and the city, questions the heritage industry's reinvention of London, while arguing for a new understanding of the urban spirit.

Forfattere
Bibliotekernes beskrivelse Writing London asks the reader to consider how writers sought to respond to the nature of London. 1 Hardback XI, 249 p.