indgår i serie Modern and Contemporary Poetry and Poetics 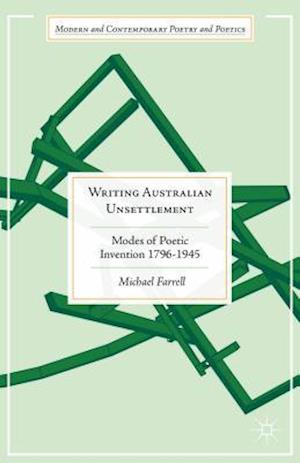 A bold work of synthetic scholarship, Writing Australian Unsettlement argues that the history of Australian literature contains the rough beginnings of a new literacy. Michael Farrell reads songs, letters and visual poems by Indigenous farmers and stockmen, the unpunctuated journals of early settler women, drover tree-messages and carved clubs, and a meta-commentary on settlement from Moore River (the place escaped from in The Rabbit-Proof Fence) in order to rethink old forms. The book borrows the figure of the assemblage to suggest the active and revisable nature of Australian writing, arguing against the "settling" effects of its prior editors, anthologists, and historians. Avoiding the advancement of a new canon, Farrell offers instead an unsettled space in which to rethink Australian writing.