Writing and Colonialism in Northern Ghana 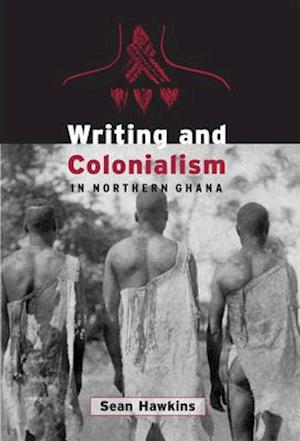 This book presents a new perspective on colonialism in Africa. Drawing on work from a variety of subjects and disciplines - from the ancient Mediterranean to colonial Spain, and from anthropology to psychology - the author argues that colonialism in Africa needs to be understood through the medium of writing and the particular world it belonged to. Focusing on the LoDagaa of northern Ghana and their relationship with British colonialism, Hawkins describes colonialism as an encounter between a world of experience - a world of knowledge, practice, and speech - and "the world on paper" - a world of writing, rules, and a linear concept of history. The various ways in which "the world on paper" affected the LoDagaa are examined thematically. The first four chapters explore how writing imposed a form of historical consciousness on different aspects of LoDagaa culture - identity, politics, and religion - that was alien to them. The second half of the book examines how both the British colonial state and its postcolonial successor, the Ghanian state, attempted to regulate indigenous forms of knowledge, gender relations, and social reckoning through courts.This ambitious and richly detailed book will appeal to scholars and general readers interested in African history, British colonialism, and cultural and postcolonial studies.