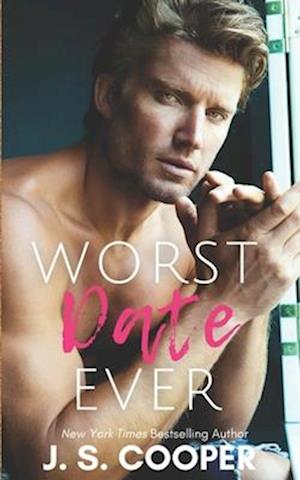 It had been one year, two months and seventeen days since my last date. So my best friend Abby decided to sign me up for a dating app. She guaranteed that she could get me the best date of my life within one week. I didn't really want to do it, but I figured what did I have to lose?

Turns out that I had:

4. My innocence to lose

OK, so I didn't really have my innocence to lose, but believe you me, Jack Morrison was my worst date ever. And I've been on a lot of bad dates. Trust me when I say that that was the longest ten hours and 33 minutes of my life. I never wanted to see or speak to him again.

But it turns out you don't always get what you want in life, because Jack showed up the very next day at a family gathering I was attending as a fake plus one. As you can imagine that was a real pickle, Jack wanted to know why I went on a date with him when I'm dating someone else. But he can't know the whole complicated truth of the matter. I'm in a fake relationship and now I'm being blackmailed by the worst date ever.

That's not even the worst part. I decided to log onto this new app called "confession board" to seek some advice, but it turns out Jack Morrison is absolutely everywhere and he's not going to leave me alone until I submit to his demands.