- We Are Not Rock Stars 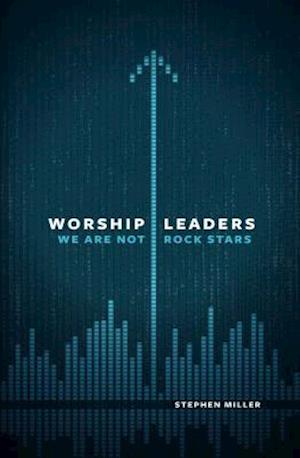 Why do you lead worship?

Often the motives are mixed. You find yourself wanting to point people to Jesus but also feeling a desire to be noticed and praised, to make yourself the center of attention.

Stephen Miller is the worship pastor for a large church of young, energetic Christians. He and his band record albums and lead worship for conferences all over the country. He knows the temptation to make himself the show, to pursue fame, to seek the applause of other people. And he has learned to want nothing to do with it.

In this book, Miller exhorts his fellow worship leaders to make Jesus the center of all their efforts. He teaches how to do this with Scripture, teaching, prayer, story, and song. In all, Miller's call for worship leaders is to lead worship, whole-hearted and whole-minded exalting of God, rather than making a spectacle out of it.

Worship Leaders, We're Not Rock Stars will encourage and challenge worship leaders by clarifying their purpose and identity, and by doing so will bless those they lead.

We've seen him--the messy-haired rocker worship leader or the neatly coiffed music director. Either way, though, he wants to be a rock star, to make himself the center of worship.

Stephen Miller is the worship pastor for a large, energetic church. He and his band record albums and lead worship for conferences all over the country. One day it struck him--he was the guy making himself the center of worship. So he began sorting through why he does what he does.

Why do you lead worship? Often the motives are mixed. You want to point people to Jesus but also desire to be noticed and praised. You want to make the best possible music for the biggest audience but perhaps instead you're leading a modest, unglamorous congregation. Such mixed motivations can cause significant internal and external conflict.

No matter your role, Miller exhorts you to make Jesus the center of your worship. He reaches out to the church as a whole to show what true worship is and how to be led through teaching, prayer, story, and song. In all, Miller's call is for leaders to lead worship and the church to participate in it--wholehearted, whole-minded exalting of God--rather than making a spectacle of it.