- Genocide, eliminationism and the ongoing assault on humanity 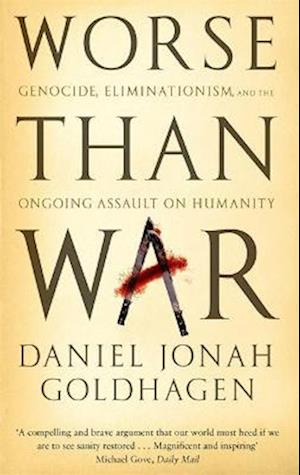 Daniel Jonah Goldhagen brings us now an original and important study of genocide that reconceives its very nature. He does so not by examining a series of genocides but by exploring the nature of mass killing itself. Our failure to clearly describe, explain, and understand the mechanisms of genocide has made it difficult to prevent, and this book will change that. Through exhaustive research, he brilliantly lays out the roots and motivations of mass slaughter, exploring such questions as: Why do genocides occur? What makes people willing to slaughter others? Based on his thoroughgoing reconceptualization of genocide, Goldhagen proposes novel, sensible, and effective measures to put an end to this scourge of humanity, which is worse, even, than war.