- The Truth about Frank Olson and Other Terrible Mistakes 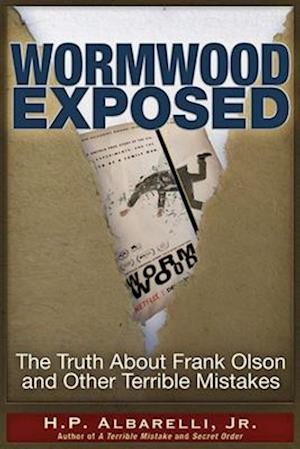 Producer and director of Netflix's Wormwood, Errol Morris, invited H.P. Albarelli Jr., an expert on the mysterious case of biochemist Frank Olson's murder, to come meet with he and his staff for a full day. Albarelli answered endless questions and reviewed his voluminous files on the case. When Morris's series aired, the production gave Albarelli absolutely no credit for his numerous exclusive findings. Following nearly a decade of research, this account, the contents of which informed Wormwood, solves the mysterious death of Olson, revealing the identities of his murderers in shocking detail. It offers a unique and unprecedented look into the backgrounds of many former CIA, FBI, and Federal Narcotics Bureau officials--including several who actually oversaw the CIA's mind-control programs from the 1950s to the 1970s. In retracing these programs, this volume illuminates a world dominated by Cold War fears, the secret relationship between the nation's drug enforcement agencies and the CIA, and the government's close collaboration with the Mafia.