- The United Nations and Internal Conflicts 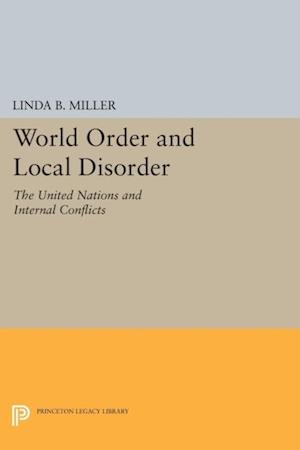 This book considers the varied roles played by the United Nations in cases where threats to peace are created by civil strife in modernizing societies. These struggles for internal supremacy are viewed by the superpowers and other states as parts of larger racial, anti-colonial, or ideological contests. Through a careful analysis of selected cases-Algeria, Angola, the Congo, Cyprus, the Dominican Republic, Greece, Guatemala, Hungary, Lebanon, Laos, Yemen, and Vietnam-the author clarifies the legal and political factors limiting the United Nations' effectiveness in containing violence and promoting peaceful change.Originally published in 1967.The Princeton Legacy Library uses the latest print-on-demand technology to again make available previously out-of-print books from the distinguished backlist of Princeton University Press. These editions preserve the original texts of these important books while presenting them in durable paperback and hardcover editions. The goal of the Princeton Legacy Library is to vastly increase access to the rich scholarly heritage found in the thousands of books published by Princeton University Press since its founding in 1905.