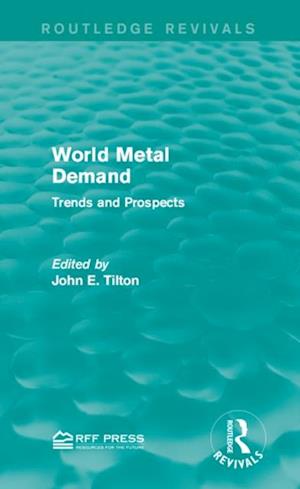 In the early 1970s, the post-World War II boom in world metal consumption came to a halt. As time passed, it became clear that what many first thought to be a cyclical downturn was instead a long-term, substantial decline in world metal demand. In this volume, first published in 1990, editor John E. Tilton and four fellow scholars of mineral economics analyse the causes and consequences of this decline and the prospects for future growth in world metal demand. This book will be of interest to students of business and environmental studies.