World Leadership In The Balance: China And The Us Clash For Supremacy 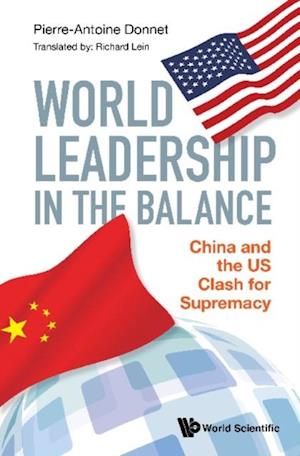 China and the United States have entered a multifaceted cold war: trade, high tech, space, defense, environment and values as they jostle for influence throughout the world. This rivalry between the world's top two economic powers will likely dominate the decades to come and its outcome is uncertain. After the American century, this new century may indeed be China's, or it may not. With Joe Biden's election as president of the United States, we are certainly in for a change of leadership style. But in terms of substance, US policy towards China is likely to remain tough. How will Beijing react? What strengths and weaknesses does China have in this long struggle for supremacy against the United States? This book analyzes the different aspects of this disconcerting rivalry that has had, and will continue to have, an impact on our daily lives. The coronavirus pandemic has further exposed the failings of a monolithic Chinese system that does not tolerate freedom of expression but it has also, paradoxically, placed China in a position of strength against the United States.