World Forests from Deforestation to Transition? 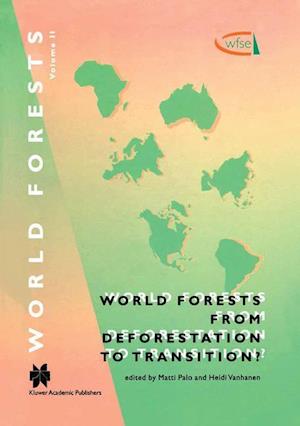 This book reports one part of the findings tive, due to vested national and internation- of the research project The Forests in the al interests. South and North - Transition from Defor- This book presents a set of new research estation to Sustainable Forest Policies in findings emerging from our comprehensive Redressing Global Warming. The project research project. The book can be regard- was coordinated and partly funded by the ed as a follow-up to and elaboration of our World Institute for Development Econom- previous research published in 1996 by Kluwer Academic Publishers, Sustainable ics Research of the United Nations University (UNUIWIDER). The Finnish Forestry ChallengesforDeveloping Coun- Forest Research Institute (METLA) and the tries, edited by Matti Palo and Gerardo Institute for Applied Economic Research Mery. (IPEAIDIPES) in Brazil were among the To facilitate coordination, interaction eleven implementing institutesthat contrib- and exchange of information the project uted financially to the research. Director organized three workshops between 1994 Eustaquio J. Reis from IPEA served as the and 1996.The first and last workshops were External Project Coordinator in Rio de Ja- held in Finland and the second one in In- neiro while I acted as the External Project donesia, in cooperation with the Center for Director in Helsinki.International Forest Research (CIFOR).