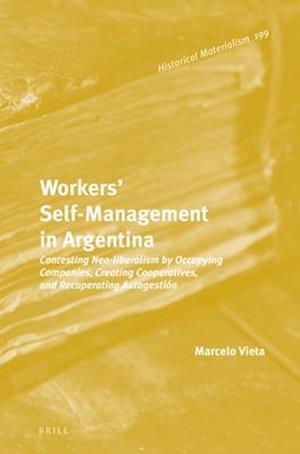 In Workers' Self-Management in Argentina, Marcelo Vieta homes in on the emergence and consolidation of Argentina's empresas recuperadas por sus trabajadores (ERTs, worker-recuperated enterprises), a workers' occupy movement that surged at the turn-of-the-millennium in the thick of the country's neo-liberal crisis. Since then, around 400 companies have been taken over and converted to cooperatives by almost 16,000 workers. Grounded in class-struggle Marxism and a critical sociology of work, the book situates the ERT movement in Argentina's long tradition of working-class activism and the broader history of workers' responses to capitalist crisis. Beginning with the voices of the movement's protagonists, Vieta ultimately develops a compelling social theory of autogesti n - a politically prefigurative and ethically infused notion of workers' self-management that unleashes radical social change for work organisations, surrounding communities, and beyond.