- Longlisted for the Man Booker Prize 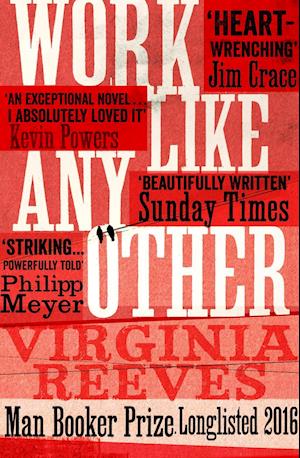 LONGLISTED FOR THE MAN BOOKER PRIZE FOR FICTION 2016 Placing itself perfectly alongside acclaimed work by Philipp Meyer, Jane Smiley and JM Coetzee, this debut novel charts the story of Roscoe T Martin in rural Alabama in the 1920s. Roscoe has set his sights on a new type of power spreading at the start of the 20th century: electricity. It becomes his training, his life's work. But when his wife Marie inherits her father's failing farm, Roscoe has to give it up, with great cost to his pride and sense of self, his marriage and his family. Realising that he might lose them all, he uses his skills as an electrician to siphon energy from the state, ushering in a period of bounty and happiness on a farm recently falling to ruin. Even the love of Marie and their son seems back within Roscoe's grasp. Then everything changes. A young man is electrocuted on their land. Roscoe is arrested for manslaughter and - no longer an electrician or even a farmer - he must now carve out a place in a violent new world. 'Gorgeously spare and brilliantly insightful, Work Like Any Other is a striking debut about love and redemption, the heavy burdens of family and guilt, and learning how to escape them ... Virginia Reeves is a major new talent' Philipp Meyer, bestselling author of The Son 'An exceptional novel ... I absolutely loved it' Kevin Powers, author of The Yellow Birds 'Assured and absorbing ... a potent mix of icy honesty and heart-wrenching tenderness' Jim Crace, author of Harvest and Being Dead

Forfattere
Bibliotekernes beskrivelse From an astonishing new voice, this debut charts the life of Roscoe T Martin, first as a farm owner with a fractured family, then as prison inmate...PRIZES:Long-listed for Man Booker Prize for Fiction 2016