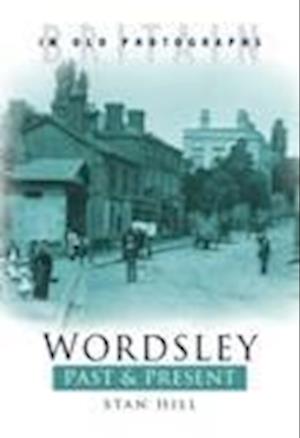 Wordsley is on the Western Edge of the Black Country. This book compares old and new photographs to illustrate the many changes that have taken place over the last 150 years.

Forfattere
Bibliotekernes beskrivelse Wordsley, situated on the western fringe of the West Midlands conurbation and now part of Dudley, has a long and fascinating history. In the first century AD the Romans positioned their front line nearby before advancing towards Wales. Fifteen hundred years later there was an unofficial royal visit by Charles II after the Battle of Worcester. During the Industrial Revolution glass-making cones proliferated the area and the Stourbridge Canal aided general manufacturing and distribution of goods in the nineteenth century. As the community developed a new church was built to replace the ancient mother church, and the new Wordsley School of Art led the way in voluntary vocational education provision, while electric trams enabled locals to widen their horizons. All these aspects are featured here, along with more recent developments, schools, clubs and societies. Over twenty interesting local residents are profiled. and there is a look at what is just to the west of the municipal boundary, once in the parish of Kingswinford. Stan Hill's well-illustrated new book will appeal to anyone who knows Wordsley, whether long-term residents or recent arrival.