Words of a Demented Wiseman 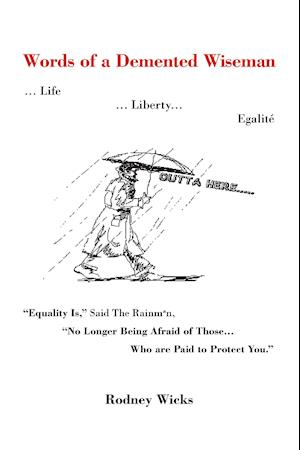 Words of a Demented Wiseman is a laugh-out-loud satire cascading with a mastery of wordplay and author Rodney Wicks' unique humor. This ferocious, bombastic novel highlights race, identity, and the power of words, categorizing nations and its descendants before you can even pop open your mouth. It is those subtleties and nuances of the spoken words of a language that can change your reality to something unreal, while confirming that reality of the person wearing a uniform, a gun and a badge. But who is paid to protect you! It there racism? Racial profiling? Or both? BMHJ fled America after being last seen leaving the Red Elephant bar with Nikki Johnson, whose body was later found with her throat slashed, stabbed 48 times and having a $50 bill protruded from her vagina. And the condemning evidence, DNA from her blood was all over his clothes. How could he explain what happened? Hiding out in a French psychiatric clinic, he figures no one would ever look for a murder suspect there.