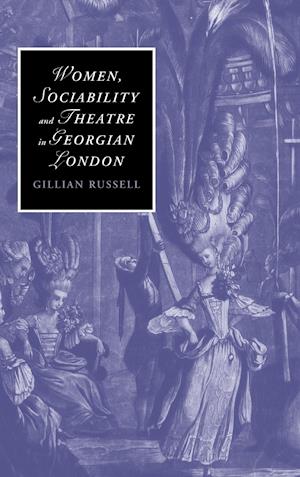 Mid-eighteenth-century London witnessed a major expansion in public culture as a result of a rapidly commercialising society. Of the many sites of entertainment, the most celebrated (and often notorious) were the Carlisle House club, the Pantheon, and the Ladies Club or Coterie. In this major study of these institutions and the fashionable sociability they epitomised, Gillian Russell examines how they transformed metropolitan cultural life. Associated with lavish masquerades, excesses of fashion, such as elaborate hairstyles, and scandalous intrigues, these venues suggested a feminisation of public life which was profoundly threatening, not least to the theatre of the period. In this highly illustrated and original contribution to the cultural history of the eighteenth century, Russell reveals fresh perspectives on the theatre and on canonical plays such as The School for Scandal, as well as suggesting a prehistory for British Romanticism.