Women, Land and Justice in Tanzania 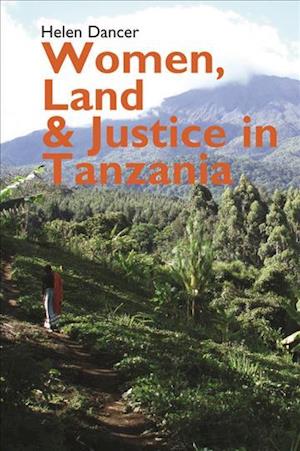 Recent decades have seen a wave of land law reforms across Africa, in the context of a "land rush" and land-grabbing. But how has this been enacted on the ground and, in particular, how have women experienced this? This book seeksto re-orientate current debates on women's land rights towards a focus on the law in action. Drawing on the author's ethnographic research in the Arusha region of Tanzania, it explores how the country's land law reforms have impacted on women's legal claims to land. Centring on cases involving women litigants, the book considers the extent to which women are realising their interests in land through land courts and follows the progression of women's claims to land - from their social origins through processes of dispute resolution to judgment. Dancer's work explores three central issues. First, it considers the nature of women's claims to land in Tanzanian family contexts,the value of land in an era of land reform and the 'land rush' across Africa, and the extent to which the social issues raised are addressed by Tanzania's current laws and legal system. Secondly, it examines how agency and power relations between social and legal actors engaged in legal processes affect women's access to justice and the progression of claims. Thirdly, it explores Tanzanian concepts of justice and rights and how women's claims have been judged by land courts in practice. Helen Dancer is a lecturer in Law at the University of Brighton. She practised as a barrister in England specialising in family legal aid cases prior to training as a legal anthropologist. She is also a consultant for Future Agricultures at IDS, University of Sussex. Her areas of research interest include law and development, gender and land, and human rights and legal pluralism.