Women in the Irish Film Industry 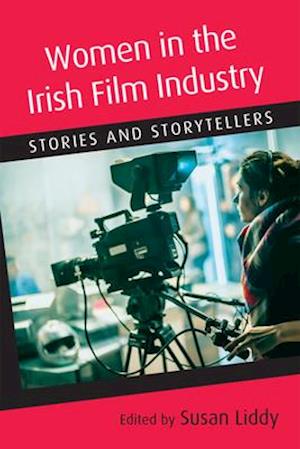 Women in Irish Film: Stories and storytellers is an interdisciplinary collection that critically explores the contribution of women to the Irish film industry as creators of culture - screenwriters, directors, producers, cinematographers, editors, animators, film festival programmers and educators. This book will explore the experiences and reflections of Irish women practitioners and, across a range of chapters, will situate them within a very specific historical, social and cultural context and further position them within a male dominated film industry. In an accessible style, it rigorously teases out the myriad of ways that gender impacts on who has the power to speak and be heard in the film industry. The absence of women has implications for the kinds of stories being told, the diversity of characters on our screens and for employment and creative opportunities. This collection teases out the impact of women's presence and absence. It also contextualizes that contribution by interrogating why women are so underrepresented in the film industry. What factors lie behind their absence and marginalization and what steps can be taken, and are being taken, to reconfigure the landscape? An exclusive focus on women in the Irish film industry has been notably absent from publications to date. This book is long overdue and builds a nuanced picture of the underrepresentation of women in the Irish film industry. Importantly, it is anticipated that this collection will put a solid research foundation in place and forge a pathway for future scholarship.