Women in a Medieval Heretical Sect - Agnes and Huguette the Waldensians

- Agnes and Huguette the Waldensians 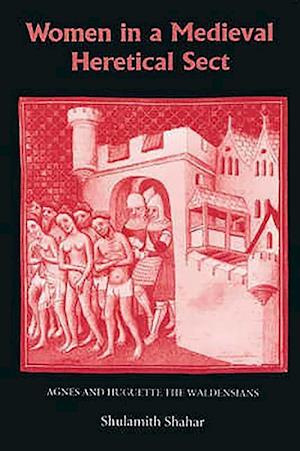 Agnes and Huguette were two Waldensian women who were interrogated by the inquisitional court of Pamiers, in southern France, in 1319 and subsequently burnt at the stake for their heretical beliefs. Shahar uses the records of their inquisition as a basis for an examination of the Waldensian sect's attitude towards its women members, and their role within the sect, comparing their lives with women in the Catholic church and in other sects. She finds that in a persecuted voluntary group such as the Waldensians, gender was largely immaterial, subordinate to the fervent religious commitment of the members; nor did the court of inquisition distinguish between male and female, subjecting heretics of either sex to the same horrible punishment. This is the first book-length treatment of women Waldensians, who have been almost written out of studies of the sect, but are here shown to have played a full role within it. It throws light on women and gender in medieval society as well as on one of the main heretical movements in France in the early fourteenth century. SHULAMITH SHAHAR is Professor Emeritus of Medieval History, Tel Aviv University.

Forfattere
Bibliotekernes beskrivelse Women Waldensians have been almost written out of studies of the heretical sect, but are here shown to have played a full role within it, regardless of gender.