- Unsealing the Fountain from the Renaissance to Jacqueline de Romilly 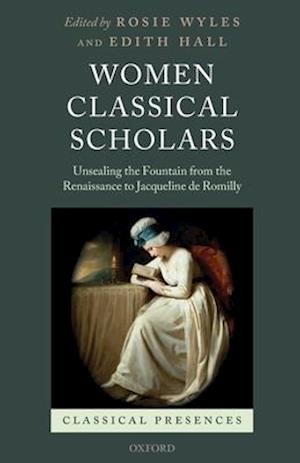 Strategy decision making and action used to be off limits to all but the select few at the very top of an organization. It was a largely cerebral activity focused on grand long-terms plans made at annual off-site retreats away from the daily challenges of the business. That is no longer the case.The current business environment does not wait for companies to slowly adjust in an annual meeting. The relentless pace of change renders today's long-term future tomorrow's history. Rapid innovations and ever-increasing complexities limit executives' ability to make decisions with perfect information. Does this mean strategy is no longer useful, or even feasible? No. Good strategists are needed now more than ever. But today's high-performing organizations think of strategy differently than inthe past. These companies make strategy part of every manager's role; they strategize continuously and tackle strategic problems through individuals from all parts of the organization.Strategy in this new, fast-paced world is about diagnosing the diverse array of complex challenges confronting organizations, deciding on novel solutions to address those challenges, and delivering by taking action on those solutions. Including a novel organizational framework and never-before-published application examples, Strategy in 3D helps build these foundational skills and prepares the reader for success as a strategist in the 21st century.Women Classical Scholars: Unsealing the Fountain from the Renaissance to Jacqueline de Romilly is the first written history of the pioneering women born between the Renaissance and 1913 who played significant roles in the history of classical scholarship. Facing seemingly insurmountable obstacles from patriarchal social systems and educational institutions - from learning Latin and Greek as a marginalized minority, to being excluded from institutionalsupport, denigrated for being lightweight or over-ambitious, and working in the shadows of husbands, fathers, and brothers - they nevertheless continued to teach, edit, translate, analyse, and elucidate the texts left to us by the ancient Greeks and Romans.In this volume twenty essays by international leaders in the field chronicle the lives of women from around the globe who have shaped the discipline over more than five hundred years. Arranged in broadly chronological order from the Italian, Iberian, and Portuguese Renaissance through to the Stalinist Soviet Union and occupied France, they synthesize illuminating overviews of the evolution of classical scholarship with incisive case-studies into often overlooked key figures: some, like MadameAnne Dacier, were already famous in their home countries but have been neglected in previous, male-centred accounts, while others have been almost completely lost to the mainstream cultural memory. This book identifies and celebrates them - their frustrations, achievements, and lasting records; in sodoing it provides the classical scholars of today, regardless of gender, with the female intellectual ancestors they did not know they had.

Forfattere
Bibliotekernes beskrivelse This volume celebrates the women born between the Renaissance and 1913 who played significant roles in the history of classical scholarship. Synthesizing incisive case-studies with overviews of the evolution of the discipline, it explores their legacy and provides scholars of today with the female intellectual ancestors they did not know they had. 28 black-and-white illustrationsPRIZES:Winner of Women's Classical Caucus awarded Chapter 9 an Honourable.