Women at the Helm 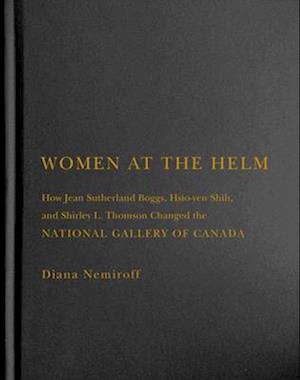 When Jean Sutherland Boggs was appointed to direct the National Gallery of Canada in 1966, she became the first woman to direct a major museum in Canada and the first to direct a national gallery anywhere in the world. The subsequent appointments of Hsio-yen Shih in 1977 and Shirley L. Thomson in 1987 built upon this milestone, creating a remarkable precedent for the Canadian and international museum world.Women at the Helm explores a transformative thirty-year period in the history of an iconic cultural institution through the careers of three directors, their accomplishments, and the challenges they faced. The obstacles to success were many, beginning with an ambitious scheme to centralize the administration of Canada's four national museums, which diminished the autonomy of the gallery and the authority of its director. In spite of this, as Diana Nemiroff demonstrates, the directors' many achievements were noteworthy. Boggs's commitment to excellence and her key role in building a permanent home for the gallery, Shih's desire to broaden the collections to better reflect the diversity of Canadian peoples, and Thomson's defence of artistic freedom and the gallery's arm's-length relationship with government demonstrate these women's aptitude at the highest echelons of leadership.From their leadership style to the challenges they overcame and the contributions they made to the institution, Women at the Helm considers the circumstances of these directors' remarkable tenures and the obstacles still faced by women in leadership roles today.