Siekierka, P: Women and the Polis

- Siekierka, P: Women and the Polis 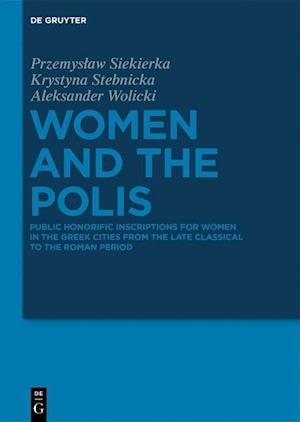 This work is the first complete corpus of Greek inscriptions issued by the city institutions in honour of their co-citizenesses or female foreigners, with the exclusion of Hellenistic queens and women belonging to families of the Roman magistrates. The corpus lists 1131 women fulfilling such criteria. The Greek texts are accompanied by lemmata, English translations and relevant commentaries. Basing on the collected evidence, the authors analyse the phenomenon of honorific inscriptions for women as an important symptom of change of citizen mentality. For political context of such honours, the phrasing of the texts, character of praiseworthy actions, and the sheer fact that the honours were carved in stone and set up in conspicuous places in cities all reflect what the male part of the city populace thought about women in general and their presence in public space in particular. The book is a helpful resource for all those interested in ancient history, social history, and gender studies.