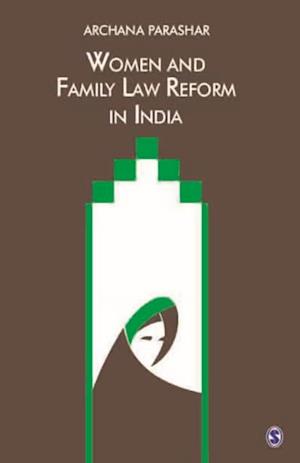 The Constitution of India guarantees equality as a fundamental right. This, however, remains only at the level of theory as the various religious personal laws in force in the country and followed by different communities deny equality to women in personal matters. This inequitous contradiction is the subject of this pioneering study.Dr. Parashar argues that the concept of religious personal law was created by colonial administrators and has been maintained by independent India since, in a religiously plural society, it helps the State's end of governance. The author traces the legislative conduct of the State and demonstrates that it has adopted discrepant policies with respect to the different religious personal laws. While Hindu personal law has been extensively reformed, the other personal laws have been left largely untouched. As a result, Hindu women have gained new rights, though not complete equality, while women of the minority communities continue to suffer inequalities. The author critically examines the arguments used by the State to reform, or refrain from reforming, religious personal laws. This analysis establishes conclusively that the State has acted in an inconsistent manner, and that its decisions are not governed by considerations of equality and gender justice but primarily by political factors. The author concludes that the only way to sever the connection between religious and civil rights is to adopt a secular and uniform civil code which should be non-optional. Dr. Parashar also highlights the inadequacies of the various feminist analyses of the nature of law and suggests that any discussion of the nature of the State must incorporate the significance of religion as a political factor. This major study will interest lawyers, legal activists, feminists and all those fighting to end gender discrimination.