Women Against the Vote 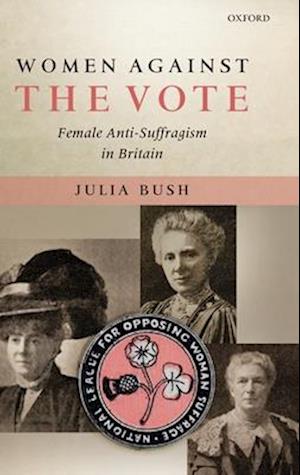 British women who resisted their own enfranchisement were ridiculed by the suffragists and have since been neglected by historians. Yet these women, together with the millions whose indifference reinforced the opposition case, claimed to form a majority of the female public on the eve of the First World War. By 1914 the organised 'antis' rivalled the suffragists in numbers, though not in terms of publicity-seeking activism. The National League for Opposing WomanSuffrage was dominated by the self-consciously masculine leadership of Lord Cromer and Lord Curzon, but also heavily dependent upon an impressive cadre of women leaders and a mostly female membership. Women Against the Vote looks at three overlapping groups of women: maternal reformers, women writers and imperialist ladies. These women are then followed into action as campaigners in their own right, as well as supporters of anti-suffrage men. Collaboration between the sexes was not always straightforward, even within a movement dedicated to separate and complementary gender roles. As the anti-suffrage women pursued their own varied social and political agendas, they demonstratedtheir affinity with the mainstream social conservatism of the British women's movement. The rediscovered history of female anti-suffragism provides new perspectives on the campaigns both for and against the vote. It also makes an important contribution to the wider history of women's social and politicalactivism in late nineteenth century and early twentieth century Britain.