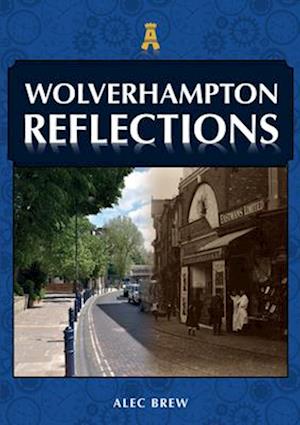 Wolverhampton was a Staffordshire market town in the Middle Ages but became a major industrial town during the Industrial Revolution, renowned for coal mining, metalworking and steel making. The prosperity brought to the town from this era is in evidence in many buildings in the city, and the growing population required a large programme of public housing in the early twentieth century. The development of Wolverhampton continued post-war, with much of the centre being rebuilt in the 1960s and 1970s. Granted city status in 2000, Wolverhampton continues to be redeveloped but despite the many changes, it has retained its strong identity in the West Midlands.Wolverhampton Reflections features an exciting collection of historic and modern pictures that are individually merged to reveal how the area has changed over the decades. Each of the 180 pictures in this book combines a recent colour view of Wolverhampton with the matching sepia archive scene. Through the split-image effect, readers can see how streets, buildings and everyday life have transformed with the passing of time. Local author Alec Brew presents this fascinating visual chronicle that ingeniously reflects past and present glimpses of Wolverhampton.This book will be of interest to residents, visitors, local historians and all those with links to the area.