W.L.Wilmshurst - The Ceremony of Initiation 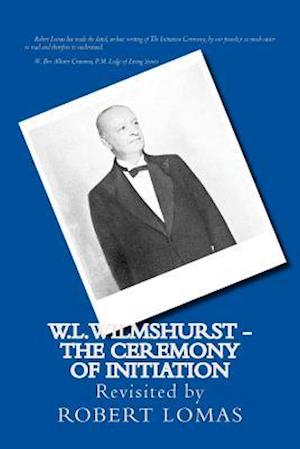 The Ceremony of Initiation was originally written for the instruction of the members of the research lodge, known as the Lodge of Living Stones, founded by W.L.Wilmshurst in Leeds. Walter Leslie Wilmshurst was born in 1867 in Sussex. At the age of fifteen he was articled to a solicitor in Huddersfield, Yorkshire, and worked as a solicitor there until his death in 1939. He was also one of the best-loved writers about Freemasonry of the twentieth century as well as the founding Master of The Lodge of Living Stones. His first best-selling book, The Meaning of Masonry, was soon followed by the equally popular The Masonic Initiation, and in addition he was a prolific writer of essays about the esoteric side of Freemasonry. Wilmshurst's style of writing, highly formal and typical of his Victorian education, can make him a difficult read for modern Masons. Hence Robert Lomas, himself a popular writer on Freemasonry, and the Associate Membership Secretary of the Lodge of Living Stones, decided to revisit some of Wilmshurst's less well-known books and restate their ideas in a more modern idiom so as to alert new Masons to the deeper meaning of the rituals of their Craft. This edition contains Wilmshurst's complete original text, as well as Lomas's modern retelling.